Phi Phi Diving | Discover Where to Go and What to See

Phi Phi Diving | Discover Where to Go and What to See

It is situated just to the east of the southern tip of Phuket, Thailand. If you were around at the turn of the last century, this part of the world was best known by the film The Beach starring Leonardo Di Caprio. This area was known for being paradise then… and it still is today.

When is the best time for diving Phi Phi?

The best part of diving in Phi Phi is that you can dive all year round. Unlike the sites to the west of Phuket which are not protected by land masses from the bigger currents and waves during the summer season. As the area around Phi Phi is protected, conditions are suitable for all levels of diver for the most part. There are some sites prone to currents which may be unsuitable for newer divers, and some are at depth.

For more on the dive sites to the west of Phuket, read this – Khao Lak Diving | No.1 for Divers and the BEST in Thailand

For the utmost best diving conditions; lesser currents and greater visibility, the winter season from late Oct – early April is when to visit. 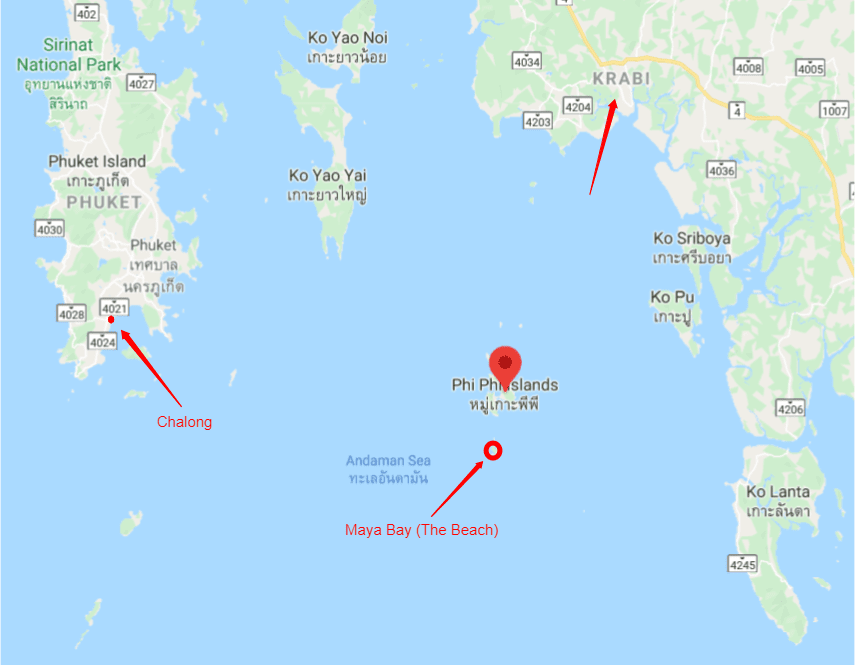 Phi Phi Diving – How to get there

The simplest route to getting to Phi Phi island itself is most likely via ferry from Rassada Pier, Phuket Town. That is if you are flying internationally into Phuket Airport. You can access the island from the other side via Krabi, on the mainland.

For diving Phi Phi, you can access the sites from 3 main areas. From Chalong on Phuket island, from Phi Phi itself or also from Krabi on the mainland (also Koh Lanta but you’re likely looking at a 2hr boat ride).

The most well known dive sites around Koh Phi Phi

Phi Phi has nice variations in diving styles over the different dive sites. There are wall dives, a wreck, some nice caverns and even a made man reef (which is surprisingly interesting!). The diving, as mentioned before, can cater to all levels and there are generally few currents to worry about. 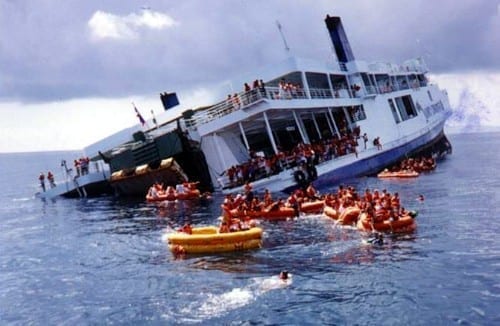 King Cruiser was a car ferry operating between Phuket and Phi Phi.

In 1997 it sadly sunk after hitting a reef, fortunately no one was seriously hurt. The catamaran was only carrying foot passengers at the time of the accident.

Over the last 20 years the conditions have not served the wreck well causing some of the frame to collapse. Because of this, sadly you are not allowed to penetrate the wreck any more due to safety concerns.

The boat rests on the sea floor in an upright position from 18m down to 30m. This makes the dive site better suited to advanced certified divers.

Staying above the wreck at 18m can mean being swept off for lack of cover, due to occasional stronger currents. Descending and ascending is done holding a buoy line attached to the rear of the vessel, to help, especially for safety stops.

King cruiser is full of fish. Snappers circle the outside, some frogfish camouflage on the wreck itself. You may also find a Leopard Shark around the sea floor area if you’re lucky.

Three pinnacles make Shark Point, running north to south. Many consider this site a drift dive as light currents can run over the site. You will see great macro within the colours of the pink and purple corals, scorpion fish, groupers, jacks, trevallys, anemone fish and hopefully a Leopard Shark or Whale Shark on occasion. A great site for divers of all experience levels. 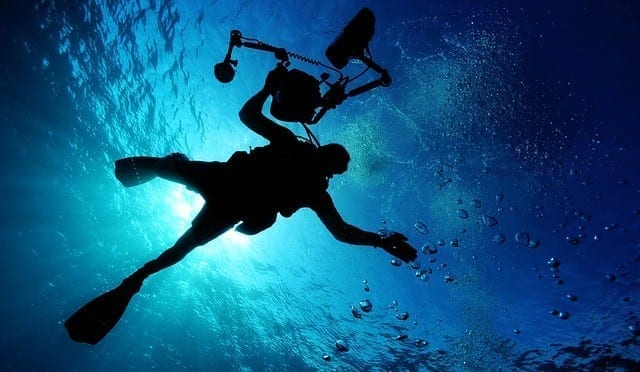 The Cathedral Dive site at Koh Haa is mostly know for its large cavern, which from the inside makes some great silhouettes for photography. Don’t worry, the cavern is plenty spacious in the main part. If you a new diver you will have no problems exploring it. There are also a couple of cheeky swim throughs. One is a little bit technical and the other quite large.

As you come out of the cave area, the rest of the dive will likely follow along the shallow sea floor, gradually getting a little deeper. Plenty of fish to see close up and even the odd Blacktip Reef Shark. Overall this dive site is very pretty and you will feel very connected to your surroundings as you dive it.

Phuket Diving Season | When Should You Go?